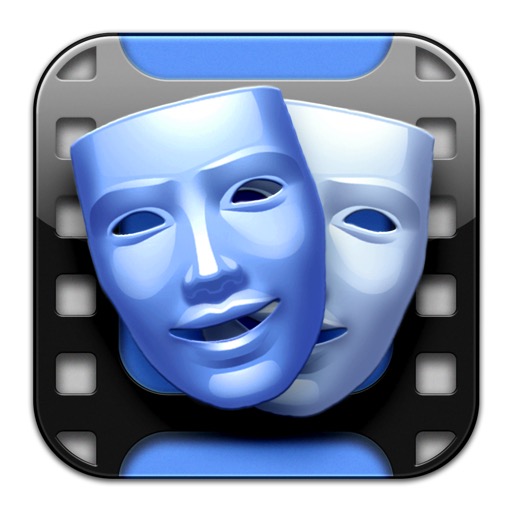 Morph Age is an application to transform / distort images on OS X, such as faces, and save the result to a QuickTime movie.

Morph Age has most of the latest advances in image processing functions, including Smart Assist and interactive preview. It also supports prototyping and real – time motion curve editing / mixing.

Morph Age works allowing you to define curves on one or more images. Any changes made to the curves reflected in the resulting image through the effect of distortion and corresponding processing.

GPU processing based on incredibly fast

Press the play, Morph Age is played in real time, regardless of the size of the image. Morph Age has an extremely fast rendering engine that combines CPU operations (optimized for Intel Mac) and GPU, or graphics card power. It allows real – time rendering megapixel images that remain precise subpixels. In addition, the latest version of Morph Age even added support for Core Image library of Mac OS X for filtering, also executed on the graphics card for maximum performance.

Morph Age can animate warp curves independently, so that different parts of the image are moving at different times (eyes, then the ears, then the mouth …). In addition, animation effects are available, such as elastic movement. Morph Age shows the result in real time, so you can prototype of transformation quickly and easily.

Nonlinear transformations to transform animations In Morph Age, not only shapes and curves can be animated at will, fully controlled, but also combined. Fusion indicates how much, or percentage, of the first image to be combined with the second. In an animated tiger man becomes, for example, it makes it possible to quickly show a man with tiger’s coat while you have human traits. Or in a project of man to man, have a 30/70 mix traits while having a 60/40 textures for interesting effects.

Morph Age has color options that make Hulk warp effects are possible. This works by allowing the user to define, independently for each curve, a color that “bleed” in parts of the underlying image. This color bleeding consistently encourages the deformation.

Layers in Morph Age are a way to express that parts of the image are above others. This is used to express the chin is above clothes and that, when moving downward, they must pass over (and not below).

Click Play and see the morph / warp in real time, regardless of the size of the image.You can even move the curves that define the transformation while playing the animation. This makes it suitable for iterative placement of curves, as there is no delay in rendering cycle, which makes Morph Age is ideal for creating prototypes quickly and easily the effect you want. 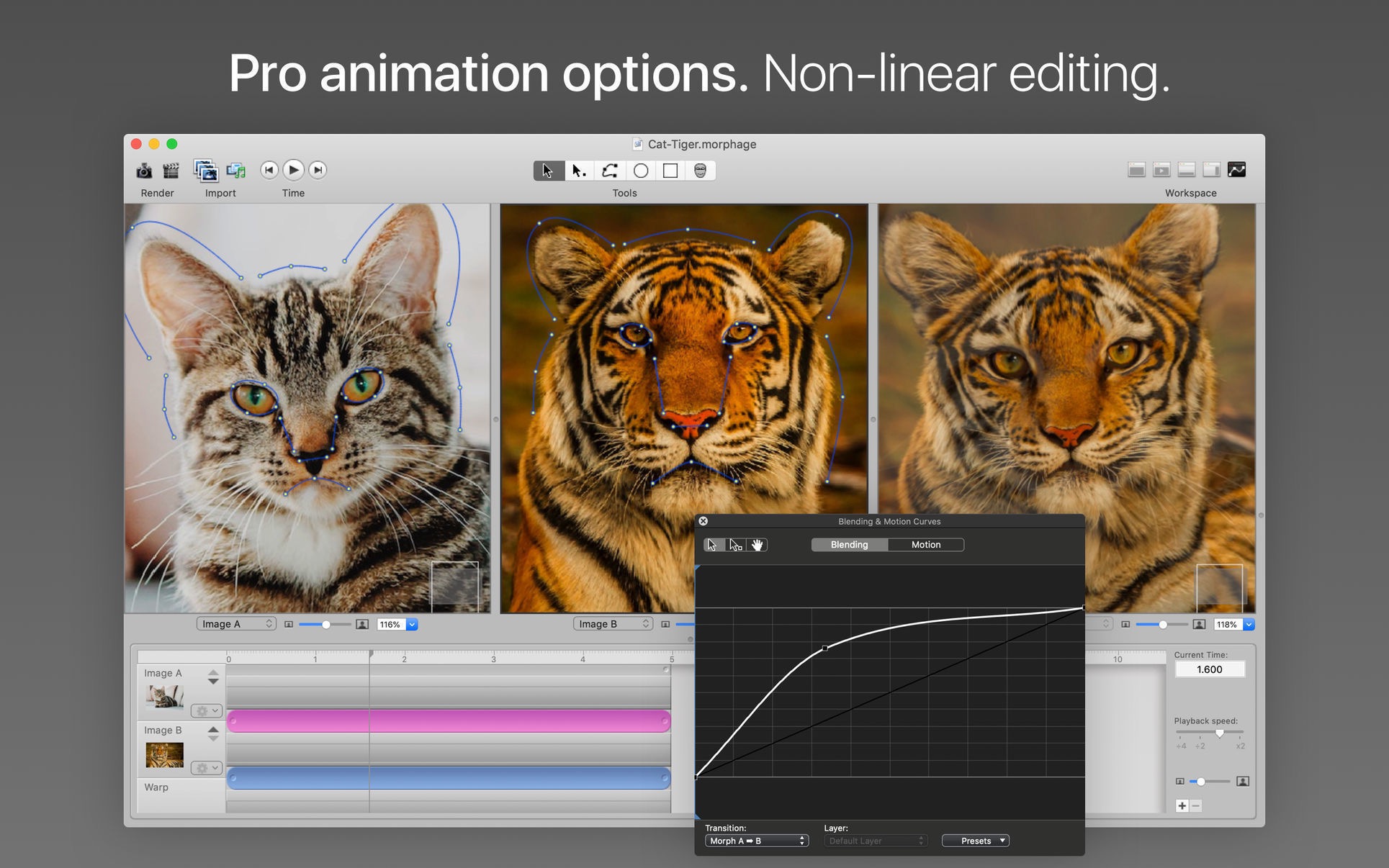