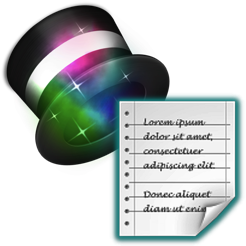 Do You have lists which are unsorted and do not have a spreadsheet ready to sort it ? Don’t despair, Magic Sort List is here to the rescue.

Other sorting application is good at sorting alphabetical list but failed when encountering non-zero padded numbers. Have you ever sorted a list of say, 5 1 10 and ended up with a list like 1 10 5 ? Magic Sort List treats numbers as numbers and will give you a proper sorted list of 1 5 10. It does not matter if the numbers are at the beginning of the text or somewhere in the middle, Magic Sort List is up to the challenge.