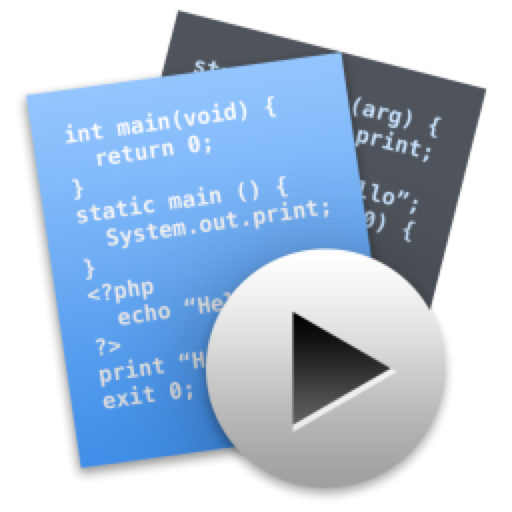 
CodeRunner, an advanced, highly flexible, and easy-to-use programming editor, supports a large number of languages, and delivers big IDE features while remaining lightweight and clutter-free. CodeRunner can run code in 23 languages out-of-the-box, and can be easily extended to run code in any other language. Notable features include debugging with breakpoints in lots of languages, IDE-level code completion, and lots of other high-end features making it easier than ever to write and work with code.

Run Code in Any Language

CodeRunner was built on the principle that you should be able to run your code instantly in any language. CodeRunner can run code in 23 languages out-of-the-box, and can be easily extended to support any other language. Adding a language is as easy as entering its terminal command.

It’s easy to get frustrated when your code is not working right. New in CodeRunner 2.2, you can set breakpoints and step through code line by line. Just click the text margin to set a breakpoint and start debugging. Explore the call stack, view and edit local variables, and leverage the full power of the debugger by issuing debugger commands. Debugging your code has never been this convenient.

CodeRunner 4 is a huge update with hundreds of new features and improvements, including:

Error Checking and Linting. Get instant feedback on your code as you write it. CodeRunner checks your document for errors and common issues, underlining mistakes and describing the problem directly inline with your code. Compile and runtime issues in the console are automatically highlighted and included in the document. It’s also easy to add support for third-party linters.

Improved Highlighting with Code Tokenizers. Local variables, functions, and other code tokens are now highlighted on top of CodeRunner’s powerful grammar-based syntax highlighting. In addition to providing better highlighting, this allows for quick and precise renaming of variables and other symbol names.

Auto-Indent. All indentation functionality has been rewritten to be smarter and more deeply integrated into the editor. You can explicitly Auto-Indent an existing block of code using Control-I, but this is rarely needed since Auto-Indent is applied automatically as you type and when pasting code.

Customizable Key Bindings. You can now customize the hundreds of existing keyboard shortcuts, and even add new shortcuts and macros directly in CodeRunner Preferences. A new Vim mode is also included.

Other notable features and improvements:

New Find and Replace with support for regular expressions, multiple selections, and more.

Shell Script code completion for commands and their options, paths, and snippets, with built-in man-page lookups.

Automatic closing of tags and other smart behaviors while typing.

More customizable editor with a large number of new preferences and tweak-able behaviors. 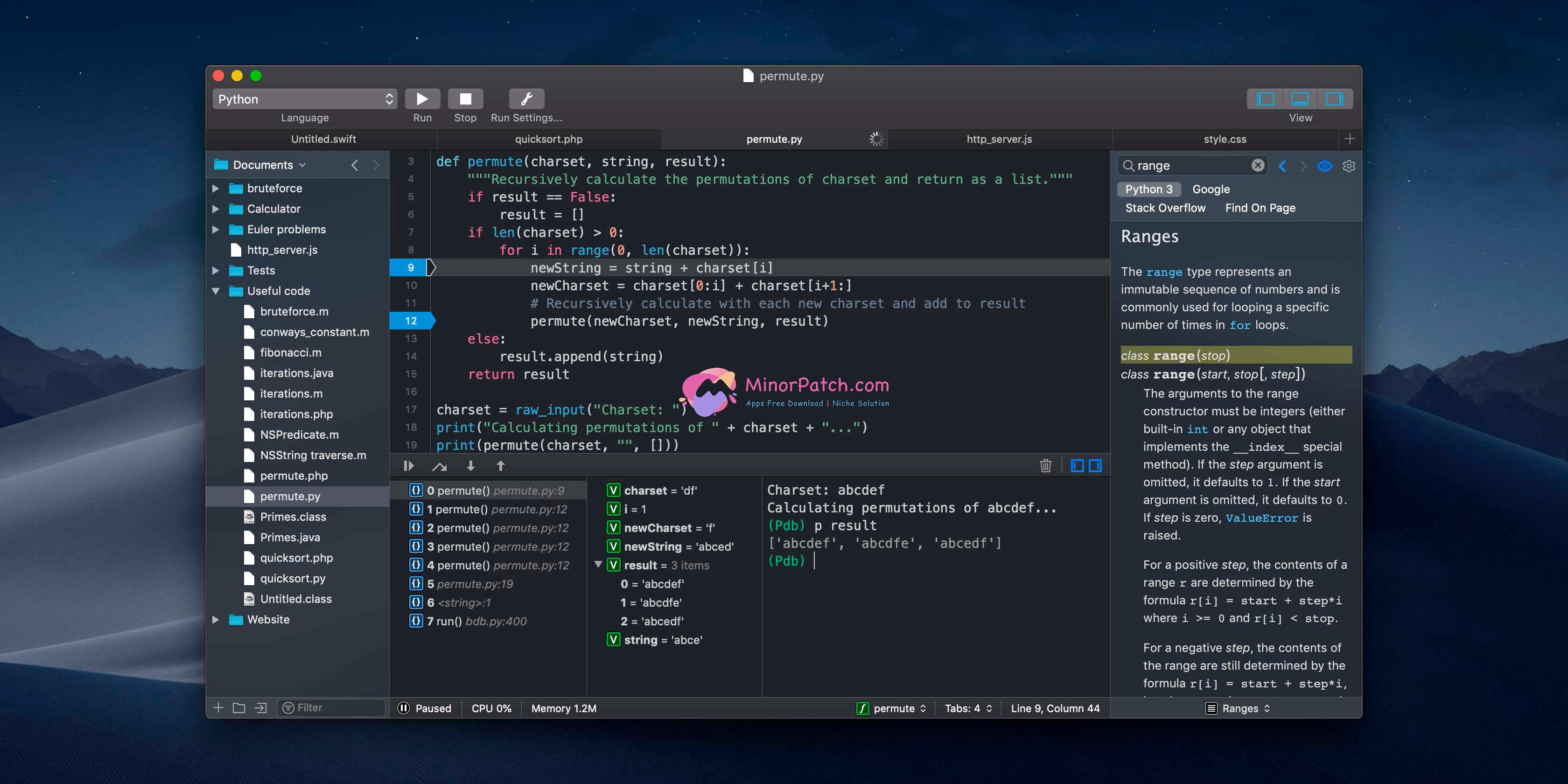 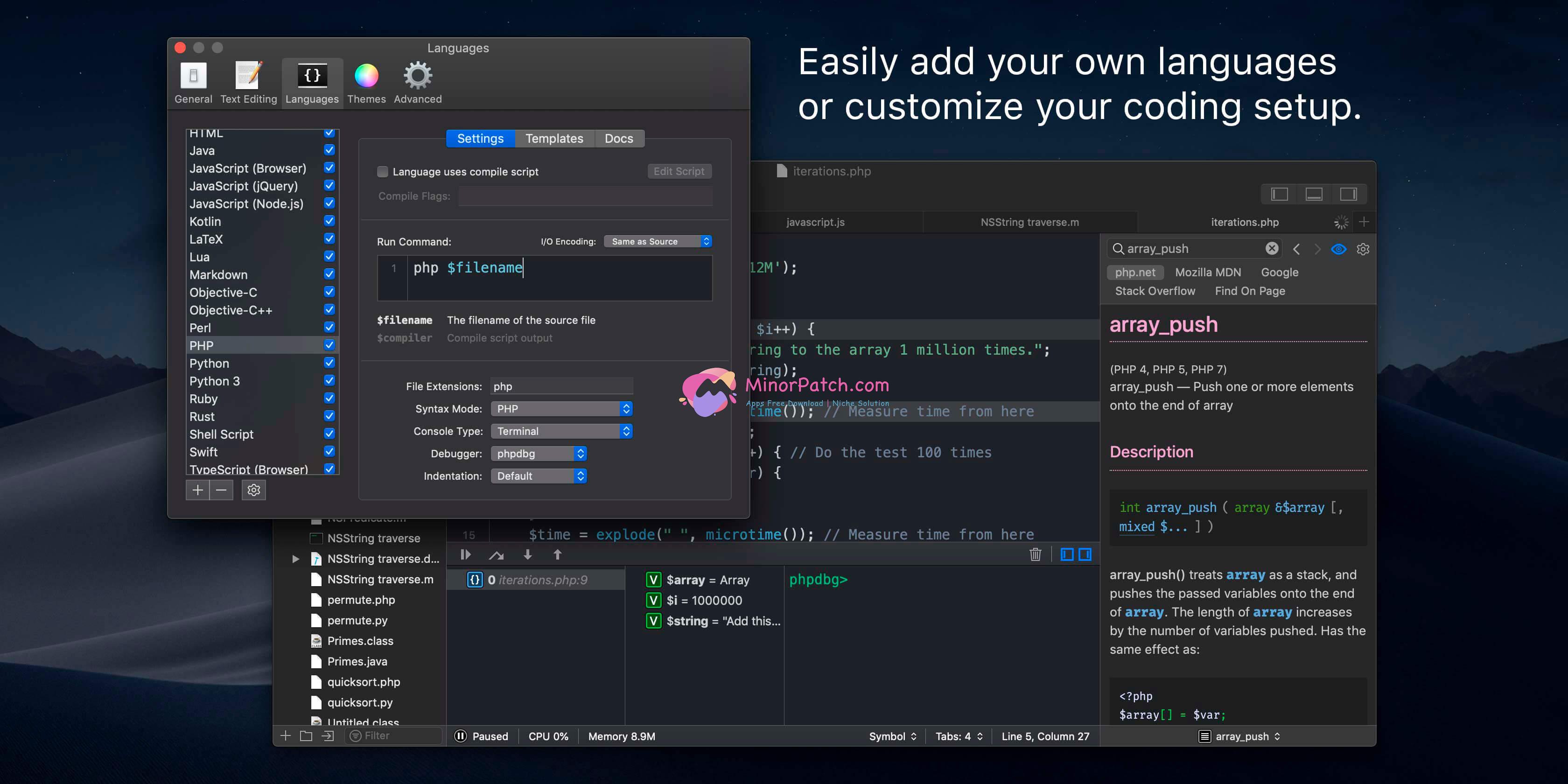 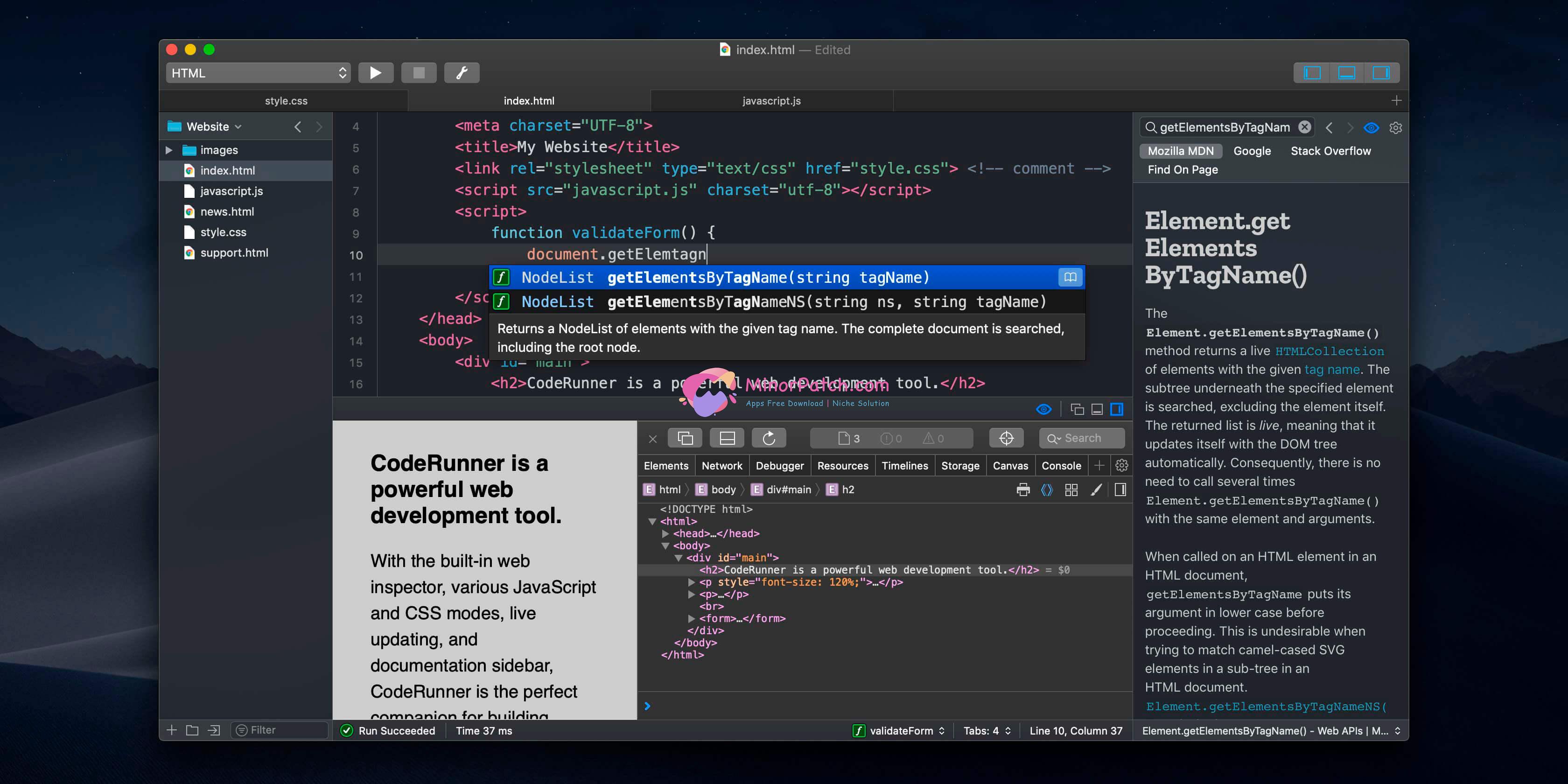