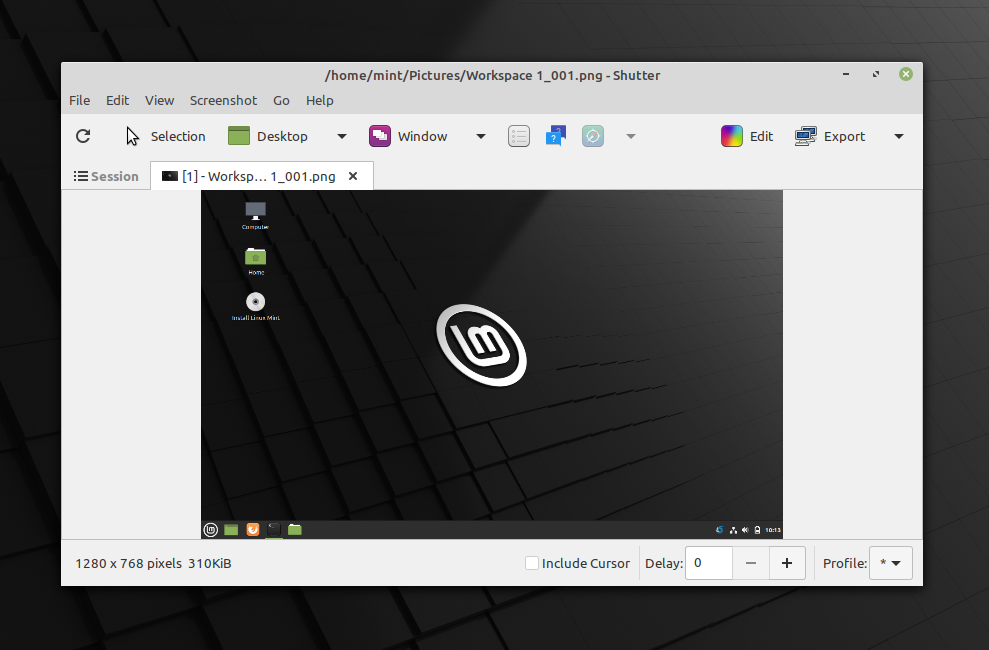 So from now on I will be updating the official Shutter PPA with new releases. Right now, the official Shutter PPA has the latest Shutter (which has been ported to GTK3) for Ubuntu 21.04 and 20.04 (LTS), and Linux distributions based on these Ubuntu versions, like Pop!_OS 21.04 or 20.04, or Linux Mint 20.x. You may also use the PPA to install the gnome-web-photo package (this depends on old libraries though) which allows Shutter to take website screenshots.

Not familiar with Shutter? This is a desktop screenshot tool that can take a screenshot of your complete desktop, a monitor, a rectangular area or a window (and optionally even websites), with an optional delay. You can then edit the screenshot easily with its built-in editor, which allows cropping the image as well as adding various annotation elements like text, lines, arrows, highlights, shapes, and even censor portions of the screen.

The tool also includes plugins which allow applying an effect to your screenshot (e.g. barrel distortion, sepia, watermark, etc.), built-in actions that can be triggered after taking a screenshot, and other features.

The screenshot, either just as it was taken or after it’s been edited, can then be uploaded to Imgur, Dropbox or other image hosting services, directly from Shutter.

The application continued to use Gtk2 until recently, and due to that reason it’s been removed from the official repositories of some Linux distributions, including Debian / Ubuntu. With version 0.96, released back in May 2021, Shutter was ported to GTK3, but it’s going to take a while until Linux distributions start offering it in their repositories again.

Until then (and if there’s a newer Shutter version in the PPA), if you use Ubuntu or an Ubuntu-based Linux distribution (Linux Mint, Pop!_OS, etc., based on either Ubuntu 20.04 LTS or 21.04), you can use the official Shutter PPA to install the latest Shutter screenshot tool release.

It’s important to note that Shutter does not support Wayland yet!

You may also install the optional gnome-web-photo (which depends on some old libraries) from this PPA to capture full website screenshots with Shutter:

If you want to remove the Linux Uprising Shutter PPA (since it will not be maintained for long; use the official Shutter PPA as mentioned above instead), you can use the following command: