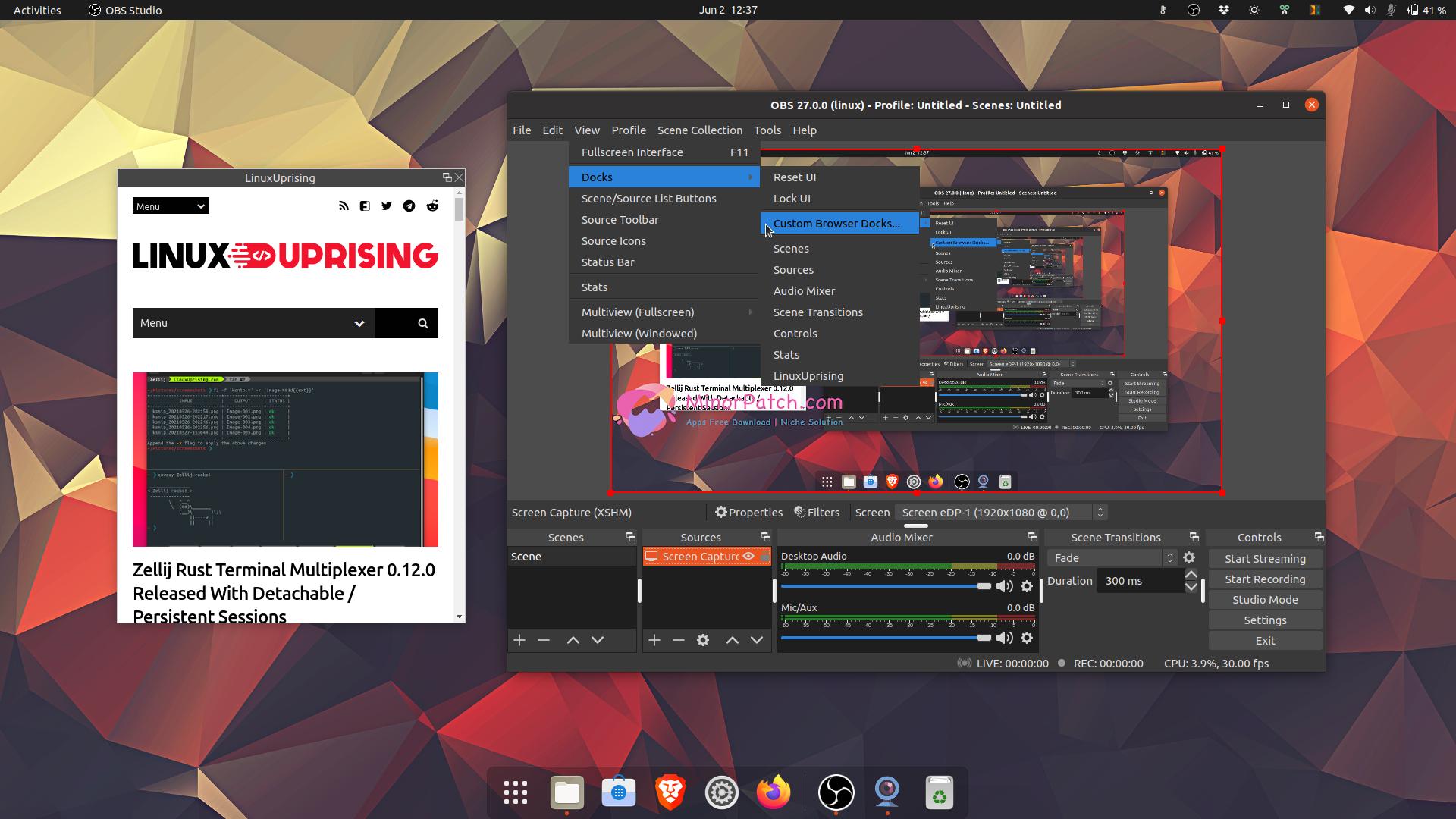 With the latest OBS Studio 27.0, the application runs natively under Wayland, and it can capture windows and monitors on Wayland desktop environments. For capturing, it uses a new PipeWire capture source, and XDG Portals.

In case you’re not familiar with PipeWire, this is a server for handling audio and video streams, and hardware on Linux. It’s used by default in some Linux distributions already, like Ubuntu 21.04 and Fedora 34.

The latest OBS Studio release also comes with service integration and support for browser docks on macOS and Linux, this being a Windows only feature until now.

According to the release notes, “this means Twitch and Restream account linking, including built-in chat inside OBS Studio itself”. With this change, the web browser capabilities in OBS Studio are on par across all platforms.

You can find the browser docks feature in the OBS Studio menu, under View - > Docks -> Custom Browser Docks.

Other important changes in OBS Studio 27.0 include:


OBS Studio is available for Linux, macOS and Windows. On Linux, it officially provides builds for Ubuntu and Ubuntu-based Linux distributions in a PPA, and there’s also a Flatpak package available on Flathub.

OBS Studio is also available in the official repositories of many Linux distributions, including Arch Linux / Manjaro, Fedora, Debian / Ubuntu, and more, but it will take a while until these packages are updated to the latest OBS Studio 27.0.

According to the release announcement, the Flathub package is built with Wayland support, while the PPA has Wayland support only from Ubuntu 21.04 and newer. In my test though, the PPA build installed on Ubuntu 21.04 didn’t show the “Screen capture (PipeWire)” option until I launched OBS with QT_QPA_PLATFORM=wayland. The Wayland capture option was available in the Flathub build though.

However, in both cases, I was unable to record my screen using OBS Studio 27 running under Wayland on Ubuntu 21.04 - the screen capture or window capture sources are black in my case, I’m not yet sure why (the screenshot at the top of the article is taken under X11).