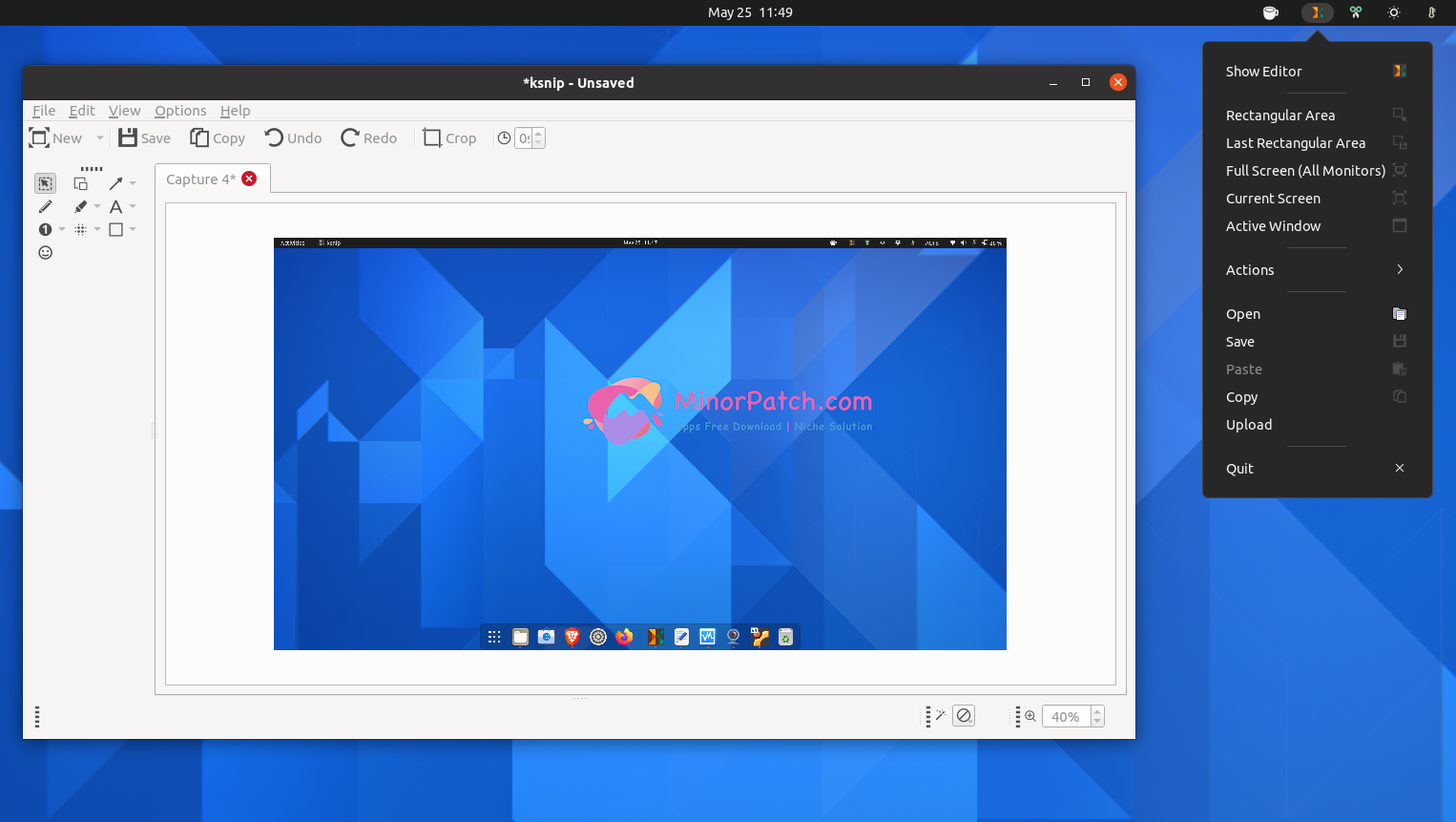 Ksnip is a feature-packed cross-platform screenshot tool that works with both X11 and Wayland, has been updated to version 1.9.0, getting the ability to add user-defined actions for taking screenshots and post-processing, dockable widgets, along with many other smaller, but useful new features and changes.

Ksnip is a free and open source Qt5 screenshot tool that runs on Linux (X11, Plasma Wayland, GNOME Wayland and with this release, xdg-desktop-portal Wayland), Windows and macOS.

The tool allows taking a rectangular area, full-screen, current screen and active window screenshots, with support for annotations. It comes with tools such as line, rectangle, ellipse, arrow, pen, marker (rectangle, ellipse, pen), text, text with arrow, auto numbers, and stickers, as well as the ability to scale or crop the screenshot after it has been taken. Optionally, the screenshots can then be uploaded to Imgur or a different image upload website with the help of the Ksnip built-in script uploader support.

The latest Ksnip 1.9.0 comes with new user-defined actions for taking screenshot and post-processing (screenshot above). From the application’s Settings -> Actions you can set a keyboard shortcut and the actions to take when pressing it, like take a screenshot with optional mouse cursor and delay, copy the image to clipboard, upload the image, hide the main window, and more. These user-defined actions also show up in the Ksnip menu, under File -> Actions.

This release also includes a new option to define the left click tray icon action. You can choose from actions like showing the editor or taking a capture (rectangular, full-screen, etc.). You can find this in the Ksnip Options -> Settings -> Tray Icon -> Default Tray Icon action.

Yet another change is the ability of auto hiding toolbar and annotator settings. This can be done from the application settings, as well as toggle the toolbar and annotator buttons using the TAB key. This release also includes new dockable widgets, so you can move the various annotator UI elements where you want.

The full changelog can be found on GitHub.


Ksnip is available for Linux, Windows and macOS. On Linux, using the download button above you’ll find RPM (for Fedora, openSUSE, etc.) binaries, as well as a generic AppImage that should work on any Linux distribution.

Previous releases also had DEB (for Debian / Ubuntu) binaries available for download, but there’s currently an issue preventing this; hopefully DEB packages will be available soon for the latest Ksnip 1.9.0. [[Edit]] The issue has been fixed, and DEB packages are now available to download for Ksnip 1.9.0.

Ksnip is also available on the Snap Store and on Flathub.