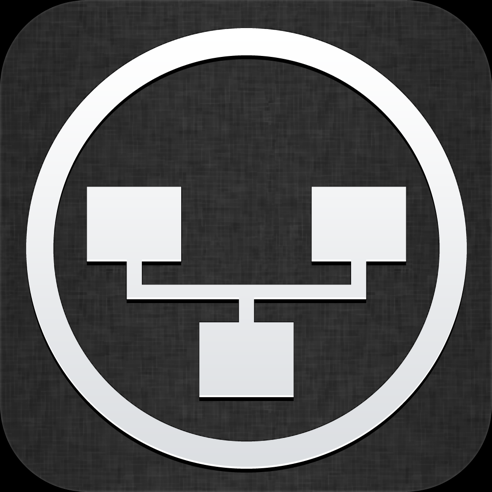 iNet - explore your network,Find out about security risks and keep your network under control

Find out about security risks and keep your network under control. Which devices are connected to my network? Are they online? Which services do they provide? Does somebody use my wifi network without my knowledge? These and other questions answers iNet fast and simple.

With iNet you know exactly what’s going on! This easy to use App outlines a computer network even to the unexperienced user. And iNet never phones home, your data is absolutely private on your iPhone.

iNet provides you with information about networks your iPhone or iPod touch is connected to. Its very easy and user friendly design even allows the unexperienced user to get a profound and understandable overview of a network and the running services.

In the current release of iNet we implemented the following features:

• Sleep on Lan (Macintosh only)

iNet shows the devices connected to your local network, e. g. a computer or router, along with their name, IP and vendor. iNet discovers and distinguishes between windows and macintosh computers with different icons. For most Apple Computers the particular computer model can be seen. Find out the name, vendor and IP of the connected devices as well as the number of running Bonjour services on that particular device. (MAC and Vendor cannot be detected anymore since iOS 11) A classic portscan on the choosen device can also be performed.

The technology used in iNet scans on a very low level, therefore one can even find machines that don’t want to be found, for instance a Mac OS X computer running in stealth mode.

Ping is a computer network tool used to test whether a particular host is reachable across an IP network or not. The ping section in iNet enables you to find out if an IP exists (if its ping service is enabled; otherwise you will get no response :-)). For your convenience we added a bookmark function to store often needed addresses.

Bonjour, also known as zero-configuration networking, enables automatic discovery of computers, devices, and services on IP networks. Bonjour uses industry standard IP protocols to allow devices to automatically discover each other without the need to enter IP addresses or configure DNS servers. The Bonjour-Browser in iNet scans the connected local network for Bonjour services, detecting any hardware that ist connected via the Bonjour protocol (for instance computer, router, printer, …) and any software running Bonjour services, e. g. iTunes or Filemaker.

The outstanding feature of our implementation is that it is very easy to use and simple to setup. For more information see iNet WOL, our stand-alone tool for WOL.

Applications on devices communicate with the outside world through so called TCP ports. iNet detects wether a port is open or closed. For all detected open ports the service using this port is displayed by its real name (if available).

The device info in iNet shows some information related to your iPhone or iPod touch, e. g. its name or its IP.

The modularisized structure of iNet allows to add more features and scanning methods in the future. We will implement by time more network monitoring tools, e. g. DNS-Querys, Traceroute, Whois lookup etc.. iNet Pro will be updated on a regular basis as before. In addition we released iNet for Mac in December 2010 - available via the App Store.

If you want to know what’s going on in your local network - iNet Networks Scanner gives you a profound answer.

P.s.: In case you need just the network scan feature of iNet Pro, use the free version iNet - Network Scanner. You can always update to iNet Pro from within iNet to access its full feature set.